Are you looking to purchase a backup power system? This Generator Buying Guide is a great place to start. Buying a generator can be a daunting process, so take control by being informed and getting organized. The information below will help you to create a checklist so you can choose the correct backup power system to protect your home and family.

How does an automatic home standby generator work?  Click Here to see 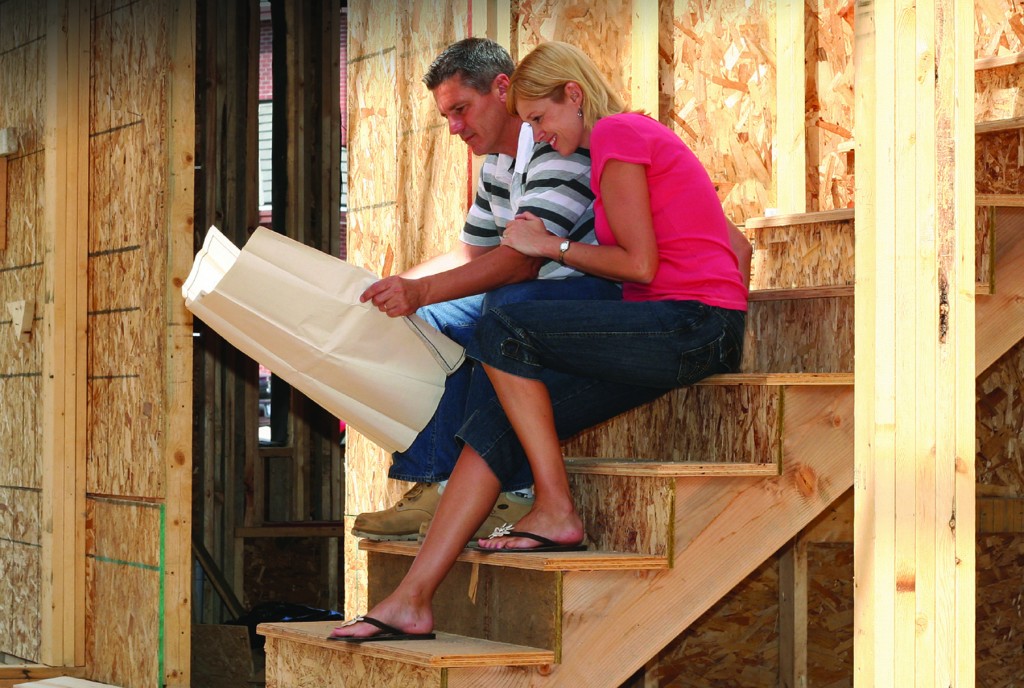 Determine wattage needs. Determine how much power you need for the items you care about. For help, try our power selection worksheet (download now). If you decide to purchase a portable generator, don’t forget you will also need a transfer switch to safely power the circuits in your home.

Take care of home power issues. Locate your existing electrical service panel and gas line to target any potential problems before buying a generator. Portable generators should be used with a transfer switch.

Establish your budget. Generator prices fall across a wide range, so determining how much you’d like to spend is important.

Perform product comparisons. Compare power outputs, run times, and prices, as well as what’s included in those prices, such as accessories, warranties, support and installation.

Consider included items. Does the generator come with warranty or maintenance package? What about a power cord, oil, wheels, and funnel?

Consider additional costs. How much more will it cost for installation by a qualified professional? Will you need an accessory like a cover for protection from the elements or a transfer switch?

Decide: Standby or portable? Considering your budget, convenience, and power needs, choose which type of generator you want.

What Types of Generators Are There?

Generators come in two basic types: standby and portable. There also are inverters, which are not generators but may meet your needs. The source of backup power you ultimately choose will be determined by many factors, including your power requirements.

Standby Generators: A standby generator is permanently installed outside your home or commercial building and wired directly into the electrical system to provide power to some or all of your home’s circuits during a disruption of normal utility power. Depending on the model, they may start automatically when the power goes out and stop when the power returns. Standby generators are fueled by liquid propane or natural gas and require professional installation, often with a permit.

The number of circuits to which a standby generator can provide power, and the number of appliances you can run on those circuits, is determined by the power capacity of the generator.

Standby generators are typically fully enclosed and vary in size. Check the dimensions carefully. A standby model may cost as little as $1,500 or as much as $15,000 or more–the greater the power capacity, the higher the cost.

Portable Generators: Portable generators are versatile. You can use them for emergency power at home, for power in remote locations where utility power is unavailable, or for recreational purposes, like boating or camping.

Portable generators are fueled by gasoline and include 120-volt power outlets like the ones in the walls of your home. When the generator is running, you can plug appliances and tools directly into these outlets. Some generators also include 120/240 or 240-volt outlets. These are especially useful for running powering into a transfer switch.

Portable generators range in cost between a few hundred dollars to several thousand dollars depending on the capacity and features.

Inverters: Inverters turn DC power into AC power, the type of current that powers everyday appliances. A common use of an inverter is to connect one into a car’s cigarette lighter and then plug small home appliances into the inverter.

Inverters have added features over the years, and today many inverters include emergency radios, lights, or their own internal battery to store power.

When you purchase an inverter, you need one that can handle the wattage of the appliances you intend to connect to it. Some inverters are made specifically to power low-wattage appliances, like portable phones or digital music players. Others can handle heavy-duty power tools.

If you’re buying an inverter that’s powered by its own battery, you’ll have to consider how many hours the inverter can provide power before needing a recharge.

Inverter-Generators: These gasoline powered generators are typically smaller and run quieter than the open frame generators and they often vary the engine speed to the required load, saving gas and wear and tear on the generator. These generators are great for camping where noise may be a concern and for powering sensitive electronic equipment.

Propane-Powered Generators: Similar to portable and standby generators, these cleaner burning generators run on propane – making them ideal solutions in emergency situations where gasoline is scare. Additional propane tanks can be saved and used as backup tanks, keeping the power on.

The rest of this buying guide focuses solely on standby and portable generators.

How Much Power Do I Need?

There are two basic power measurements for generators: starting watts (also known as startup power, max watts, or peak power) and continuous or running watts. Starting wattage is required for appliances at startup or when they are running at their highest levels of power consumption. Continuous power is the wattage required for operation of those appliances under normal load. Both are measured in wattage.

We’ve provided a worksheet to help you determine your specific needs based on the peak and continuous wattage requirements of the appliances you want to power. What’s below is a general guide.

What Features and Accessories Do I Need?

Aside from pure power production, there are some useful features and accessories to consider when buying a generator.

Wheeled Frames – As the name suggests, portable generators can be transported to different locations. The smallest portable generators are comparatively light–perhaps 50 pounds–and can be carried. Larger models can weigh as much as several hundred pounds, making a wheeled frame essential for moving it out of the garage or shed to power up when you lose power.

Noise – Generators aren’t necessarily quiet. Some offer extra features to reduce the noise created during operation. Look for large mufflers if noise is a concern.

How Do I Install and Operate a Generator?

Standby generator: Standby generators are wired directly into your current electrical system and generally require professional installation. Installing a standby generator by yourself may void the unit’s warranty or violate local building codes, so research these issues before you begin. The basic steps are as follows.

First, mount the unit outside your home on a concrete pad or plastic mounting pads that come with the generator. You may need a contractor to pour the concrete foundation and mount the generator.

Next you’ll need to contact your gas or propane company to connect the unit to its fuel source.

Last, you’ll have to call an electrician to hook the generator up to your home’s electrical system. Some generators come with pre-wired kits that make it easier for the “do-it-yourselfer” to do the wiring. In most cases, it’s probably safest and best to have this work done for you by a licensed professional.

On a standby model, you’ll have to change the oil and filters on a regular basis. Many manufacturers provide maintenance kits to make this easier.

Portable Generator: Setup for portable generators is easy. Just make sure to keep the exhaust port pointed away from your house, and to have the proper distance from your windows and other house openings. If you’re not planning to hook your portable generator into your home or building’s electrical system, there is not a lot of setup involved other than finding a safe place outside your home for the generator. Because portable generators create carbon monoxide, you should never run them inside a building, beneath a window, or near any opening to your house (doors, vents, etc.).

Once situated, fill the generator with the required type of gasoline and oil and start the unit. Startup can be as simple as pressing a switch, but on some you’ll have to yank a manual recoil pull-cord.

Of course, you will have to plug the appliances you want to power into the generator, refuel it as necessary, and shut the generator off when you’re finished with it.

However you use your generator, over time you’ll have to change filters, oil, and spark plugs. Plus, you should not store gasoline in the generator when you’re not using it. Either run the generator empty or add a gasoline stabilizer that will prevent the gasoline from “gumming” up. Many manufacturers sell tune-up kits for their models. Follow the instruction manual closely.

Never run a generator indoors or in partly enclosed areas such as garages. Only use outdoors and away from windows, doors, vents, crawl spaces and in an area where adequate ventilation is available. Using a fan or opening doors and windows will not provide sufficient ventilation.

Operate the generator only on level surfaces and where it will not be exposed to excessive moisture, dirt, dust or corrosive vapors

Do not overfill the fuel tank. Always allow room for fuel expansion.

Never add fuel while unit is running or hot. Allow generator and engine to cool entirely before adding fuel.

Never store a generator with fuel in the tank where gasoline vapors might reach an open flame, spark or pilot light.

The generator must be properly grounded. If the generator is not grounded, you run the risk of electrocution. We strongly recommend that you check and adhere to all applicable federal, state and local regulations relating to grounding.

Allow at least five feet of clearance on all sides of the generator when operating.

Inspect the generator regularly and contact the nearest authorized dealer for parts needing repair or replacement.

Do not overload the generator. Do not operate more appliances and equipment than the output rating of the generator. A portable electric generator should be used only when necessary, and only to power essential equipment.

Severe Weather Preparedness: Be prepared for severe weather or other events with this emergency checklist of emergency necessities. Store loose items in sturdy, easy-to-carry containers, and keep them together in an easily accessible place. This list is for introductory purposes only; you should customize your own Family Disaster Plan.

Having a generator for your emergency backup power is an additional way to be prepared for any event that threatens utility power. An emergency backup generator will keep the lights on and the freezer cold, providing your family that feeling of safety and security.

We hope our Generator Buying Guide has given you the information you need. Please contact us to answer any question or to schedule your free generator estimate.

How to prepare for a Hurricane or Tropical Storm

This is off canvas menu widget area. To enable it add some widgets into Appearance – Widgets – Menu Section, and go to Customizer – Main menu to set the icon position.